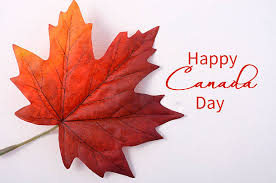 Canada Day 2020 is not a typical Canada Day for sure. There are no big musical celebrations or firework spectacles. Social distancing guidelines still limit gatherings in most places and many are unable to travel to be with family.

We are still planning some Canada Day traditions – a paddle on the lake, a BBQ for supper, a rootbeer float, and smores (in tin foil on the grill instead of marshmallows roasted over the fire – Nova Scotia is still under a COVID no burn order).

We also have a special tradition that is not so happy and not related to Canada Day – a toast to my Dad who died on July 1, 2007.

Dad loved Canada Day and always decked out in red and white to make a big show of national pride. July 1st was always a busy one with visits to friends and family, bridge walks, flag waving and BBQs on the deck or in the yard. He especially loved getting as many family members as possible together to celebrate with burgers, beer, watermelon and lots of laughter. He enjoyed the fireworks displays and especially liked coming to visit us to join neighbours and catch the display over the harbour.

In fact, in his last days in the hospital, he mentioned more than once that we would have a prime view from ‘the other side’ (the Halifax side) of the Harbour for Canada day. Unfortunately, he died early that morning with family around him.

Whenever I was in the area for Canada Day, I always spent at least part of the day with Mom and Dad.

Now, Canada Day is always a day of mixed feelings for me. We wear our red and white, and hang our flag in the window. We show our pride for ourselves, and because we know Dad would be disappointed in us if we didn’t. We check in with family friends who also remember Canada Day with Pauline and John O’Toole. We celebrate the special day in our country with pride and enthusiasm and we remember past Canada Day – and Dominion Day – events. And today we will raise a glass in honour of Johnny O’Toole, who we lost 13 years ago today. I miss you every day, Dad, but July 1 is one of the days when I feel your absence most strongly. 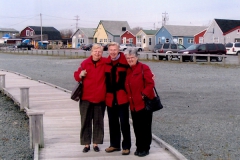 Here is my short response to today’s prompt:
Write an ode to your name. Reflect on how it sounds and makes you feel. What it means, where it came from and if there’s a story behind how you got it. How has it informed who you’ve become?

For most of my life I have found my name to be a burden because of its length. I go by Mary Elizabeth. Both names. No abbreviations.

I am named after both grandmothers but it is definitely a mouthful to use both as a first name. My mother decided that using both would ensure that I would not be mistaken for someone else in her large family. She was the youngest of 16 and most of her siblings had 5+ children by the time that I was born.

From the time I was very young, Mom would forcefully correct anyone who referred to me with If it was on the phone, she would promptly hang up on the caller. She would not tolerate any abbreviations. Although my family called me Mary Liz and I don’t remember when that started. For about 10 years, others used that as well after hearing a family member refer to be that way. I never liked it but of course, if I said that to my brothers, it just ensured that would be my name. When I moved away from home – and across several provinces – I always used the full name.

Until my late 30s, I would usually follow-up an introduction with an apology for the length. But that did not stop me from automatically correcting anyone who called me Mary – and, in fact, I still don’t really hear if someone calls me Mary since I just assume that they are speaking to someone else.

I could have changed my name but didn’t have a burning desire to be something else and remain proud to carry family names. I have always hating introducing myself and still have to grit my teeth but no longer apologize for a long name; I simply explain its origins.

In recent years, it has occurred to me that my name is one of the reasons that I hate meeting new people and prefer anonymity and am much better at spontaneous conversations with strangers than small talk with acquaintances.

It is amazing what an impact a name can have, even at a subconscious level.

How do you feel about your name? 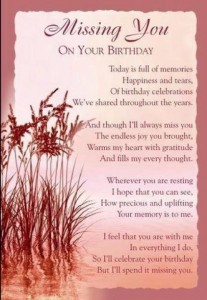 Dad was born on February 5 so this day is always an emotional one for me.  Dad loved his birthday, which usually turned into a birthday week.  He saved all his birthday cards and every year around mid January, he would start to display them around the house, adding more from the collection each day and looking forward to new greetings.  There were always plenty of those; he was much loved. He always said we didn’t need to get him a new one each year but, of course, nobody  listened.  He would have been disappointed if we had.  He most cherished cards with a thoughtful note and he relished revisiting old wishes.  On the other hand, he was amused by cards being reused with a new message added – because he appreciated the practical approach.

As my siblings and I grew, we moved away for school or work and were separated by distance.  But those of us who were near, always gathered for Dad’s birthday supper and cake.  If any of us couldn’t make it home, we always checked in by phone and he anticipated the calls for days.  He loved to chat and laugh with family members.   In fact, he typically had multiple cakes and meals shared with various friends and extended family.

I miss Dad every day but on his birthday, his loss is especially strong.    We’ll toast his name and light a birthday candle for him today.

I was very close to my father, and by all accounts, am very much like him.  I made this digital scrapbook page to capture some of the similarities.

Do you have a family member who is very like you – or very different?  Challenge yourself today to write a story or do a layout to compare your personalities.  You’ll be glad to have the reminder and it will mean a lot to your children or grandchildren as it might help them understand why you (or they) act or look as they do.

If any of these statements ring true for you, join me here to explore ways to find and keep your own stories, and find ways to share those stories – even if it is for an audience of only you.

Welcome to my new – or more accurately new again – blog where I plan to challenge you to keep and share your stories while simplifying life by reducing the amount of stuff.

I originally started this blog a few years ago and was generating content regularly for almost two years when other projects took priority and this was put on the back burner. I continued to integrate the core ideas of Keep the Stories with other projects, always with the thought of turning this idea into a more vibrant entity.  I recently decided that it was time to build on this foundation and get back to this idea that has continued to be a passion.

It is time to take action.

To begin, I have cleared the previous content.   Some of the posts are no longer relevant to my goals for this site.   Others will be archived or used in a different context.  Still others will be revisited, revived and republished with new content.

I’m looking forward to new adventures and learning and I hope you will join me on the journey. 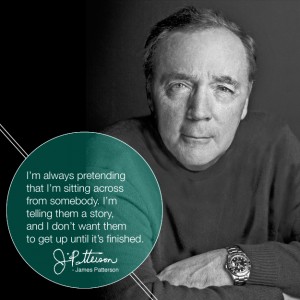 How you choose to tell your story can be as individual and unique as you are. Here are 10 resources that might help you to write or record stories that keep people reading or listening.

One of my favourite sources of inspiration these days is Ted.com where there are short (average around 15-16  minutes) but powerful presentations on any topic.  There are also playlists to help you get started or choose talks around a particular theme.  Here is a good place to start for storytelling:  TED Talks Playlist – 6 talks on How to Tell A Story

Want to write fiction? Here is step-by-step process that you could also apply in your own stories.
http://www.storyjumper.com/main/starter

Writing tips that are helpful whether you want to write biography or fiction.
http://goinswriter.com/writing-tips/

Reasons you should tell ALL your stories.
http://michaelhyatt.com/tell-your-story-the-good-and-the-bad.html

Resources and tips for preserving your life story.
http://www.your-life-your-story.com/whatandwhy.html

A not for profit organization dedicated to preserving oral histories for Americans of all backgrounds.
http://storycorps.org/about/

For an extensive collection of literary resources, you might want to visit the Great Writers Inspire blog.

These are just a few of the wide and seemingly endless variety of inspirational sites and books.  Please share your favorites in the comments.

I’m a collector. Some might say pack-rat is more accurate but, to be clear,  I don’t keep everything indiscriminately; I am big on recycling, reusing and donating. My problem is that I keep too much because I struggle to part with things that were gifts or that are associated with a trip, event or occasion.

For years, I have most often captured memories pictures and memorabilia. I am able to evoke many wonderful experiences – and some not-so-wonderful ones – by looking through these collected photos and artifacts. This can be nostalgic, even comforting. But there is a huge downside to this approach in that it tends to make it hard to let go of things because they evoke memories of people, places and activities that have been important.

In the past, I would start with the best of intentions to par down the various flotsam and jetsam accumulated through my life, an effort that more often than not ended with me traveling on a trip down memory lane perhaps making, at best, a small reduction in the amount of stuff.  Sometimes I convince myself that I might use /display / repair / re-purpose some particular item but usually it just went back in the box.  Which inevitably meant that I still needed to keep the box, even when I reduced the number of items it contained. I was eager to get more space and clear the clutter but struggled with letting go.

Recently, it hit me.  It is so simple! I don’t know why I didn’t realize this years ago.  In fact, I did realize that but didn’t take action on the connection.  What I am really collecting is stories.  I don’t need the stuff to keep the stories.  Instead, I need to make sure that I record the stories so I can release the associated things, hopefully to a new life out of storage and to use as intended.

And from that  realization, the origins of my Keep the Stories project.